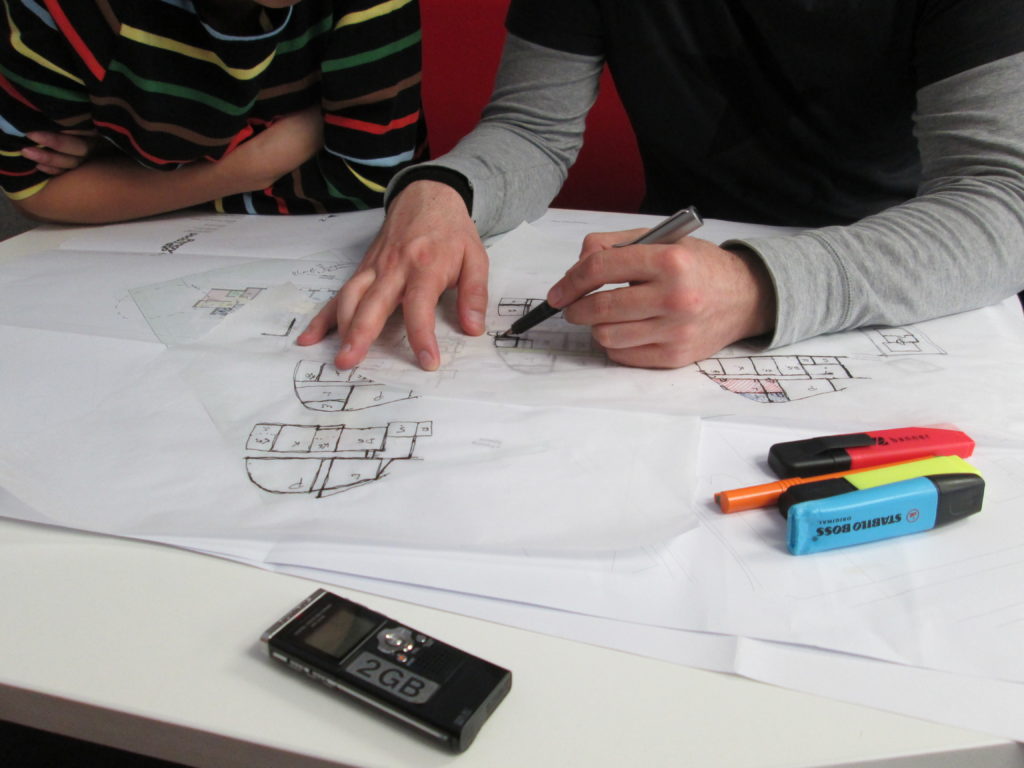 Buildings in the Making was a sociological study that followed the work of architects as they designed and delivered buildings for later life care between 2015 and 2018. Twenty-six architectural professionals were interviewed to scope key issues in designing for social care. These data are available via UKData ReShare. The research team also observed the work of nine architectural practices. Three design projects were sampled as case studies and followed in-depth for between ten to eighteen months. The research team observed design reviews, project team and building site meetings, and attended public and user consultations. Further interviews were conducted with the architects, clients, developers and building contractors involved in these projects. Documentary materials such as; design and access statements, planning submissions, drawings and elevations that were associated with these projects were also analysed.